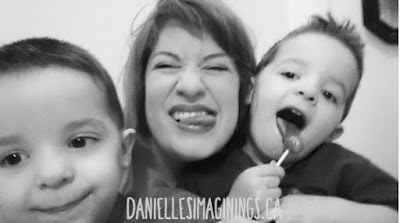 It is a Friday afternoon in mid December. Ottawa has absolutely no snow, and I am having trouble getting into the Christmas mood without the white stuff. In general, I am ready for Christmas, a result of being a type A and someone who enjoys avoiding retail in December (as a person who has worked retail in December, I feel that I have earned this right). Husband is off at a work party that involves brunch and ax throwing, he leads quite the life. I have 1 hour to figure out dinner, and work on prep for my student recital while the twins nap. Since I need to practice anyway, I decide that it will be a good idea to record my song for this year's student recital. It's nice to have some recordings to show to people who hire me for special events and music performances. Sometimes I think the actual reason I record myself is so that I can listen to it when I am 90 (hopefully).

After deciding on tuna casserole for dinner, which I have actually never made before, I put some water in a pot to boil and run downstairs with my computer to begin recording. It takes about 5 false starts before I am happy enough with my sound to continue. Verse two, things are going well, when the smoke detector goes off upstairs. I run upstairs, grab a chair (because I am not a giant like some people who live in this house), and hop up to turn off the alarm. Then, I take the pot off the burner (there is some food on the burner), open the window, turn on the fan, and stand motionless in the hallway, hoping that by some miracle, my boys have slept through the 2 minutes of chaos and noise. They have not.

Run back downstairs. Try to record again. 3 false starts until I internally say GOOD ENOUGH and keep going. Upload to iTunes, upload to Soundclould, I have no time or skill for fancy editing. A recording of me at this point is literally me singing/playing as you would hear me in person. I would like to think that this is because I am incredibly authentic, but I think it is because that is all I can produce at this time.

Run upstairs with my computer, start boiling water again. Plug my computer into my TV for a proper listen (this is my sound system these days). Mr. G has begun fake crying by this point. All moms know the difference between fake and real crying. Believe me. Get Mr. L and Mr. G up from their nap. The boys say, "Mama's singing," and settle into the couch for a listen, the crying had stopped as soon as I opened their door. We soon switch to kid tunes on Youtube and dance around to Jingle Bells. Mr. L asks for suckers (like he does almost every day) and I am feeling generous and happy that it is Friday, so I oblige. We pose for some silly photos, and then I remember that I am supposed to be making dinner.

20 minutes in my life. I wouldn't trade it for the world. Have a listen. 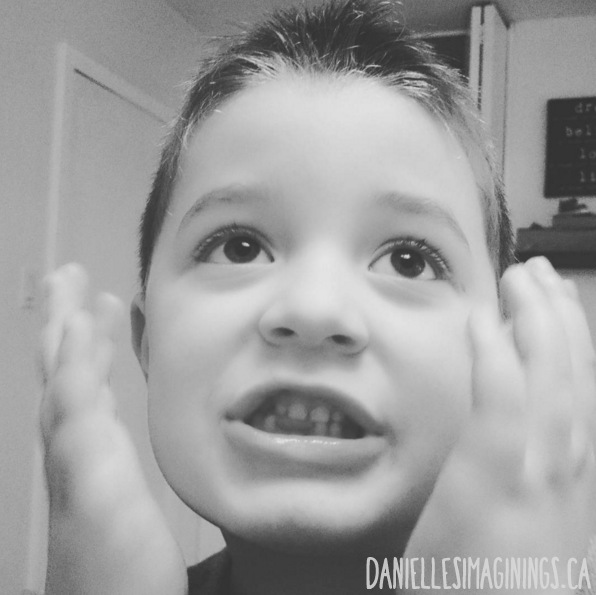 P.S. I wrote this post while hiding in my bedroom with the lights off so that my kids would not know where I was...
P.P.S. I burned the casserole.

Posted by Danielle's Imaginings at 14:18